Are we at Risk of Dumbing Down Courses in Order to Increase Student Satisfaction?

Florjančič, Viktorija. 2015. Are we at Risk of Dumbing Down Courses in Order to Increase Student Satisfaction? In Managing sustainable growth : abstracts of the joint international conference organised by University of Primorska, Faculty of Management, Slovenia, Eastern European Economics, USA, and Society for the Study of Emerging Markets, USA, Portorož, 28-30 May 2015, (Management International Conference, 1854-4312). Koper: Faculty of Management, 2015, p. 219.
http://www.fm-kp.si/zalozba/ISBN/978-961-266-180-9/126.pdf

Abstract:
Business informatics (BI) is a compulsory course on both the professional and university management degree study programmes. Before the update of the study programme in 2013, the course was implemented in the 3rd or 4th semester and had a value of 8 ECTS. Once the changes were made to the programme in 2013, the BI course was moved to the 1st semester and was shortened by 2 ECTS. In the 2013/2014 academic year, the BI course worth 8 ECTS was implemented for the final time in the 2nd year whilst the updated course of 6 ECTS was implemented for the first time in the 1st year. The course subject matter remained almost unchanged, but the students’ activities, assessment and guidelines were adapted to the new circumstances. At the end of the course, the routine evaluation showed a significantly higher dropout rate among the 1st year students than amongst the 2nd years. The dropout rate on the professional degree programme was 49.5% at the 1st year level compared to the 14.3% at the 2nd year level. On the university degree programme, 40% of students did not pass their exam, compared to 6.2% in the 2nd year. It is a well-known fact that some students only enrol in university to receive “student” status that offers them social security and other benefits. But is this the sole reason that caused such significant differences between the dropout rates? This was the main question we posed after the 2014/2015 updated course concluded and a high dropout rate was once again recorded (38.5% among university degree students and 48.8% among professional degree students). In the 2014/2015 academic year, the updated course was only implemented in the 1st year. Despite being updated, it was implemented using the methods as the previous version of the programme; combining weekly face-to-face meetings with online student activities that were performed in the open-sourced learning management system Moodle. The approach we use is known as the blended learning approach and is being constantly improved from year to year. Thus, it can be assumed that the teaching method is not the reason for the noticeable dropout. A detailed analysis was carried out on a group of students who had been taught by the same teacher; this enabled us to exclude teacher impact as a factor affecting dropout. The survey group consisted of 95 students from the 2013/2014 course and 74 students from 2014/2015. The response rate ranged from 65.8% on the 2014/2015 professional degree programme to 78% on the 2013/2014 university degree programme. Different student characteristics were compared and some statistically significant differences were found between students and their attitudes towards study. Despite reporting that they spend less time studying, the younger students rated their study efforts slightly higher, than the older students. The 1st year students also gave a higher rating to the tutor support they had received in the online environment. The regular weekly activities and assignments were not well accepted by younger students. The regular activities were evaluated as not being easy to complete. It is rational to assume that the younger students have not developed their study skills yet. A data comparison between the first and second generation of students who attended the updated course have shown that understanding of study materials and student guidelines is very important for successfully completing the course. The findings of the routine annual evaluation and the observations that have been made by the teacher open a serious question that needs to be considered in the upcoming academic year. Do we, with the aim of achieving student satisfaction and lowering the dropout rate, really need to make a course less academically demanding? Are the university really at risk of dumbing down to a secondary school level as reflected by Scott (2014)?

The Information Society, a Challenge for Business Students?

We welcome digital natives to our university assuming they are competent computer and internet users. However, testing their computer skills at the beginning of the course revealed that they are not as highly skilled as was initially expected. The majority of students had surprisingly never heard of the massive open online courses that have been challenging higher education in recent years. Moreover, a lot of students do not use freely accessible learning resources on the web. Collecting data from Eurostat statistics raises an interesting issue – more and more EU households are getting broadband internet access and internet penetration is not only following users that have accessed the internet once in the last 3 months, but users that access the internet daily. It would be expected that individuals, especially those aged under 30, are highly computer and internet literate, but the data analysis revealed otherwise. Not only students included in the research presented in the empirical part of this paper, but also an average young internet user of one of the 28 EU countries. Using Facebook and the first Google search result is not enough anymore. 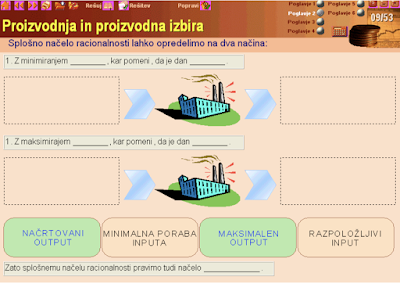 e-learning and blended learning from different points of view